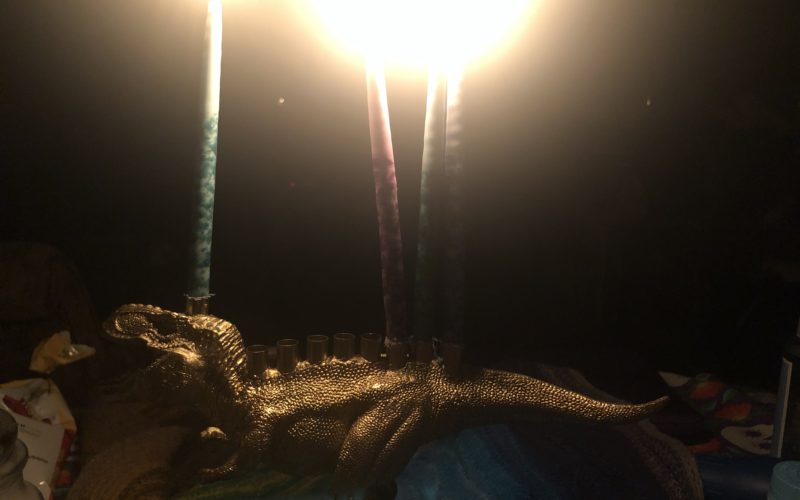 You know, there was another man from Chicago who spoke of the “audacity of hope” – about seeing beyond the world as it is now and seeing the world as it should be. He knew, as we all know, that sometimes hope can be too hard to find.

But really, those moments are exactly when we need hope the most.

Evan Traylor, “All The Things We Can Do With Hope”

Twenty-one years ago, when I was 11, I was preparing for the first Christmas since my beloved Grandma died.

Nineteen years ago, when I was 13, I stopped attending family holiday celebrations, preferring to be with my mom and not with the extended family that were hypercritical of how my mom was raising me.

Seventeen years ago, when I was 15, I was in the midst of a deep depression that, in the new year, would lead to three hospitalizations in as many months.

Sixteen years ago, when I was 16, the Christmas tree fell over and I still didn’t know if I would make it to my high school graduation or if the depression would take that away from me too.

Fourteen years ago, when I was 18, I had just finished my first semester of college, which was a milestone, given that a few years prior I didn’t think I would make it.

Eleven years ago, when I was 21, I had just finished my first and incredibly stressful semester of graduate school, feeling dejected, and came home to decide if I would return. Spoiler: I did.

Eight years ago, when I was 24, I had just completed the first class required for conversion to Judaism and attended my first congregational Hanukkah celebration.

Six years ago, when I was 26, I celebrated my first Hanukkah as a Jew.

Five years ago, when I was 27, my mom and I celebrated the first holiday season since she had a pacemaker put in quite suddenly in the summer.

Two years ago, when I was 30, I felt lost and very much alone, as I was beginning to come to grips with the racism in the Jewish community.

One year ago, when I was 31, I had just returned from the closing retreat of the JewV’Nation Fellowship, feeling much more confident and empowered thanks to the amazing people I met as a result of this fellowship.

This year, I am 32, still grappling with the racism in the community, but having accomplished so many things that I didn’t know I was capable of before. My mom is growing older and depending on me more, but even as we are both navigating this uncomfortable and sometimes frightening shift, she is still my most ardent supporter and my hero.

Keeping hope alive has varying results, but it does come through in the darkest of times.