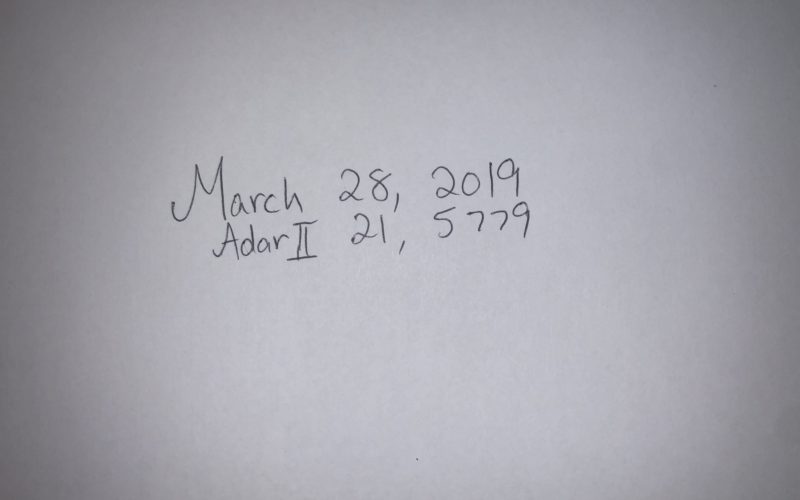 Today marks six years since I stepped out of the mikvah at Tiferet Israel to a beaming Rabbi Kim and a chorus of mazel tovs from outside. It feels like it was so long ago, but maybe that’s because so much has changed.

After the mikvah, I had a rush of conflicting emotions. My mom and I had gotten into a loud argument over how much she should be involved in my Jewish life, which resulted in me slamming the door and stomping off into the building by myself. My mom, the woman who had been present at every important moment in my life, was not present at the mikvah, but she was there during the ceremony later that day.

Thinking on it now, that day was incredibly significant. Not only did I complete my conversion to Judaism, I also realized that my path was diverging from my mom’s, which meant that I had to do was right for me, even if she didn’t agree. That was hard because we are so close, but now we both know that converting gave me a new way to live life, whereas before I was struggling with the weight of my depression and it was threatening to crush me.

It hasn’t been easy and I don’t ever expect this to be, but it’s been worth all the tears and doubts and anger and fears. It sounds cliche and cheesy, but Judaism really did save my life, spiritually and mentally. I am grateful every day that I took a chance and sent that email almost eight years ago.

Blessed are You, Adonai our God, Sovereign of all, who has kept us alive, sustained us, and brought us to this season.