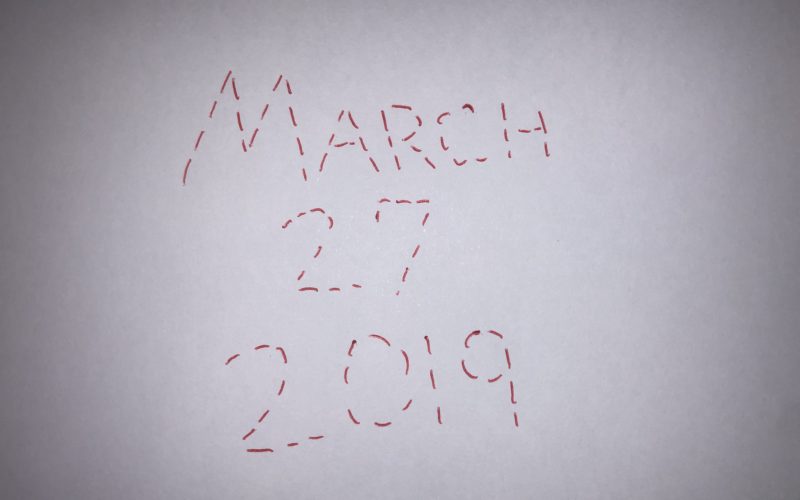 Sometimes it feels like a lot of the Jewish-related activities I do are to try to fulfill my desire to truly and fully be seen as Jewish. That sounds weird, I know, but there are some things I missed out on by coming to Judaism in my mid-twenties and there’s not exactly a way for me to make up for that.

Case in point: Jewish summer camp. I did a faculty week last July and while I enjoyed it, I never truly felt like I fit in. There are traditions and in-jokes and dances that I have no context for and it wasn’t like anyone thought to help me out on that. I actually cried on Shabbat because I felt so out of place and I swore that I wouldn’t return. However, I did want to be a faculty member again and I reluctantly agreed to go back this July.

In an attempt to try to lessen my apprehensions, I spoke to a staff member and relayed my experience, though I left out the part about crying. They answered my questions and really tried to help, but even they admitted that it’s hard to break into that culture. It doesn’t help that I am a bit of an anomaly there, somewhat in a racial sense, but also in that I am not a clergy member or an education director/professional, so I don’t exactly have colleagues to lean on. What I took away from that conversation was that I will likely experience many of the same feelings, which I suspected but was hoping wouldn’t be the case. Still, I appreciated the staff member’s honesty and I’m still going to go, for whatever that’s worth.

Another example is a conversation I had yesterday. I went to Austin with other Temple staff and congregants to advocate for school finance reform as a part of the Religious Action Center-TX’s lobby day. On the way back home, someone asked me why I decided to participate.

“Well, I’ve lobbied before and enjoyed it, so I wanted to go again, especially because it’s on a topic that hits close to home. But, honestly, the biggest reason is that it looks good professionally for me to be seen at things like this.”

The person was confused, so I tried to clarify.

“Um, I want to really establish myself as an involved lay leader.”

“But from what I’ve seen, you’ve already done that.” I assume they were referring to the sermon I gave a while back.

What I didn’t say was that I sometimes feel like I have to work harder than some of my white peers and colleagues, professionally and socially. It took me a long time to get into leadership roles, not because I wasn’t putting in the effort, but because I believe I was overlooked, for whatever reason. In different jobs, I haven’t been given more responsibilities even though I’ve asked for them and shown that I was capable of handling it or I’ve been passed over for a promotion because people didn’t “see” me that way. Racial bias definitely plays into some of this, which is difficult for me to admit because that means that I don’t have much control over an important part of my life.

This feeling makes me resentful and hopeless and I spend a lot of energy building up my “cred.” I keep putting myself out there because I have to in order to be noticed or at least that’s how I feel. I don’t know how else to describe it. I hope this makes sense to someone.

A third and final example also happened yesterday while I was in Austin. The group was walking towards the open-air rotunda and there was a photographer on hand to document everything. One of the main staff members asked for the front of the group to be as “diverse” as possible. She meant people from different cities and congregations, but, as I often do, I made a snarky remark to someone beside me because I’m pretty sure I was the only Jew of Color present or at least the only one that can’t pass as white.

“Does that mean I should be in front?”

That got a laugh. “Well, we don’t want to tokenize anyone…”

Again, I believe the person was referencing the sermon and my somewhat raised profile within the Reform movement. I remember Rabbi Stern saying something similar, that we wanted to be careful not to tokenize me. I brushed off that remark at the time, but this time it bothered me.

I just want to state that I wasn’t offended by this remark and I am pretty certain that the person didn’t mean it in a malicious way. It bothered me because it’s sort of true and I hadn’t really thought about it. So, yes, I guess I sort of allowed myself to be tokenized. I knew that in speaking publicly, I would be very much visible and making myself vulnerable in a way that I had always avoided. I’ve also taken the liberty of buying a significant amount of books for the library that center around Jews of Color, racial tensions, and similar subjects. I’ve become somewhat bolder in calling out racism and white privilege, both in person and online. Because of these things, I am more recognizable (sort of), and I still brace myself whenever someone asks if I was the person who “gave that sermon about race.”

In Malcolm Gladwell’s excellent podcast, Revisionist History, he talks about what it means to “be the first one in.” The example he gives is Julia Gillard, the first female prime minister of Australia. If you look her up, you’ll see that she was endlessly scrutinized and disrespected in the press and by her own male colleagues in a way that never would have happened to a male. No one can come away unscathed by that and she certainly didn’t, but it will be easier for the next woman who occupies that position because she will have a role model to look to. I’m not saying I’m the “first one in,” because I am definitely not, but I have been struggling a lot lately with what my raised profile means, what can/should I say or do, who should I be careful around, etc. and I don’t really have anyone locally to turn to, though I lean quite a bit on my JewV’Nation cohort.

I’m not sure why I wrote about all of this today. There’s so much zooming around my brain right now, so maybe it’s my way of offloading some of those thoughts. Also, I’m posting this without editing, so it may not make much sense.