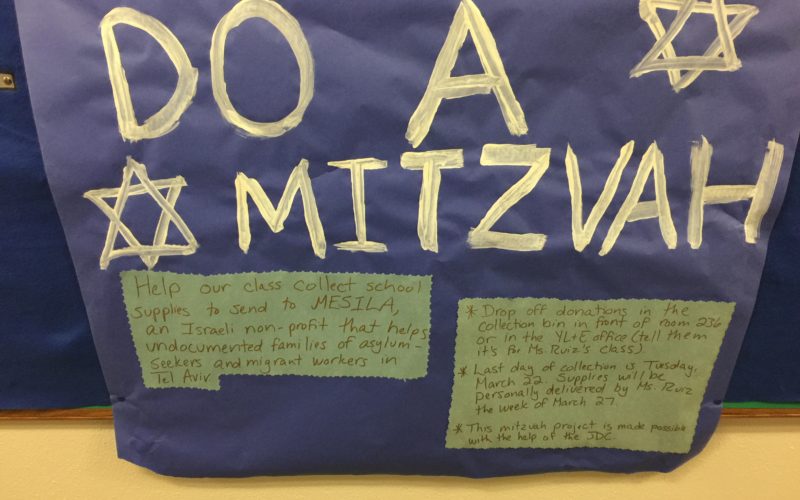 Another day, another trip up and down the rollercoaster that is my mood.

Sometimes I lose sight of the big picture. I expect a lot of myself and, accordingly, berate myself when things don’t go as planned. That personality quirk is applicable to work, to my life in general, and definitely to my Sunday class.

It’s been a rough year teaching. Yesterday was no exception. Deep down, I really love teaching. I want these kids to find the magic that’s in Judaism, the kind that inspires them to live Jewishly and base their actions on Jewish values. Granted, that’s a lot to ask of fourth graders and I recognize that they have a ways to go before getting there.

I was on the verge of giving up yesterday when I saw one of my students from last year kicking open a door.

“(Student), really?” I said in an exasperated tone.

When he turned to look at me, he got a sheepish look on his face and mumbled some sort of apology. I went into my classroom and heard him telling his current teacher that I was his “old teacher” and then something about the fun he had or something like that.

This is a kid who would regularly come up to me and inform me that he didn’t want to be in class. I would never have guessed that he would remember last year as anything but annoying, so to hear him say that was confusing at first until I realized that it meant that I had gotten through to at least one kid.

I need to constantly remind myself to take joy in the little victories and that moment definitely was a victory.