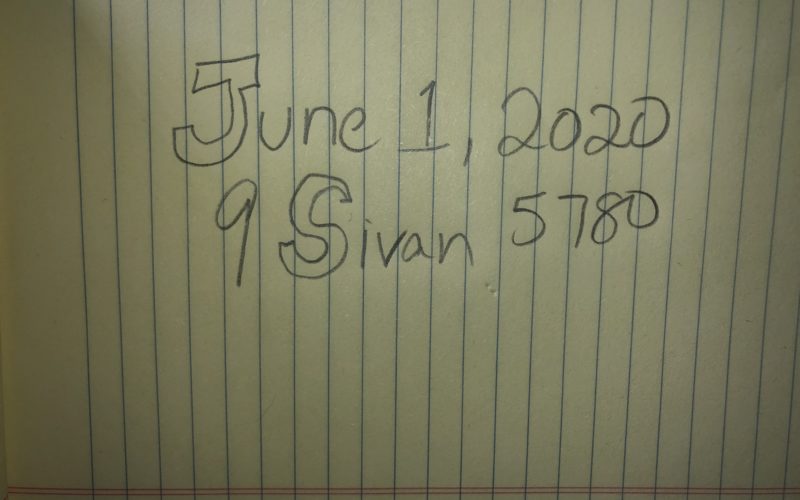 on race and ethnicity

I meant to write something on Friday. Then it turned into Saturday, then Sunday, and now today. I could say that that I’ve been busy, that I have my own troubles going on behind the scenes, or that processing this last week has been too much. Those are all true, but there is a much simpler explanation for why it’s taken me so long to write.

I’m still grappling with what it means to be a person of color and how that affects my life in ways that I cannot control. Hell, I’m still trying to come to terms with being a Jew of Color in a predominantly white Jewish community, a community I have been a part of for nearly a decade. I code-switch constantly during the work day and, honestly, I code-switch during services and holidays too. Sometimes I wonder if I’ll ever be able to be my full self all of the time, instead of only with trusted friends and in JOC-only spaces.

Watching George Floyd be murdered by a nonchalant looking white police officer, all while calling for his mother and pleading for mercy, broke something inside of me. Too many black men and women, even children, have been victims of police brutality. Too many of the People of Color and Jews of Color that I know are hurting, trying to process why the color of our skin, something we don’t have control over, makes us targets.

On Wednesday evening, while letting the dogs out into the yard, my mom asked me to do something, some innocuous chore, something simple. But I lost it and burst into tears, suddenly overwhelmed with too many emotions, trying to process too many things at once. My mom didn’t even need to ask what was wrong, she just let me cry, telling me that it was good to let it out.

My mom grew up in the 1950s. She and her siblings were allowed to go to school with white students, but no one ever let them forget that they were inferior because they were Hispanic. Her skin color kept certain opportunities out of reach, opportunities that went to her white counterparts. I don’t know the true depth of my mom’s experience with racism as a Hispanic woman, as she refuses to talk about it, but I do know it left a deeply-seated trauma that lingers. When I first began my conversion process she warned me that I would need to act differently because I would be “surrounded by white people” and I blew her off. But she was right. The day I finally acknowledged the racism in the Jewish community and how my skin color affected how people saw and treated me, she simply held me as I cried.

My mom refuses to go into Temple, though she did come in for my conversion ceremony in 2013. I could tell you it’s because my grandparents forced religion on her and as a result, she now avoids all organized religion or that going into such an unfamiliar place makes her deeply uncomfortable. Those certainly contribute to her hesitance, but a conversation with a friend last week made me realize that it’s much more than that. My mother is still dealing with the trauma that her experience with racism brought and still brings, trauma that was dealt by white people. For better or worse, my mom associates Temple with white people and by not going in, she is practicing radical self-care. I certainly don’t help matters by telling her about my own encounters with racism in the Jewish community and no matter how many times I tell her that things are slowly changing or that there are more good Jews than bad, she still sees a need to protect herself by not going in. And honestly? I don’t blame her.

This past weekend was one of the darkest times I’ve experienced since high school. I cried too many times, I cursed the news way too many times, and I unfriended too many people who showed their true colors. I also sent this text to a friend:

I don’t know what to do. I don’t want to be brown-skinned right now and I hate that I feel that way.

To be clear, I’m not giving up the fight for racial justice and I plan to do whatever is needed to pave the way. But I am exhausted.

Having to justify and defend and fight for your existence and actions is heavy on the body and soul.

We can’t do this alone. We need your help.