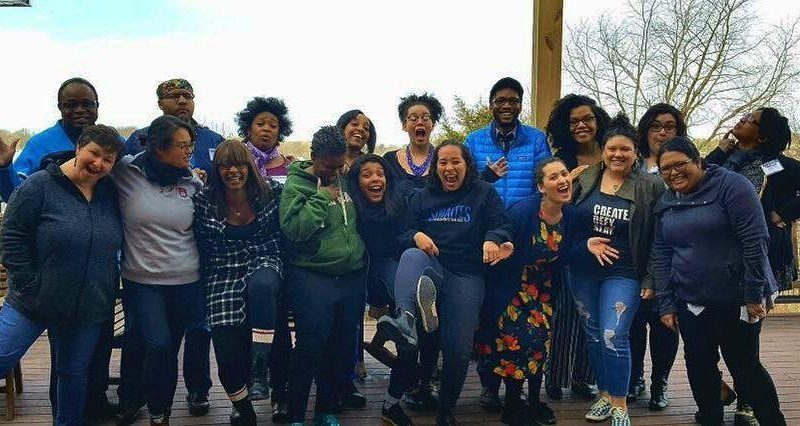 I’ve often been told that being cynical can be dangerous for one’s soul and, like a true cynic, I blew those people off. Joke’s on me, because they were right.

I’ve been struggling the past several months with the weight of responsibilities, both those that are unavoidable and some that are self-imposed. It’s been getting harder to manage my emotional state as I’ve tried to be the strong, independent woman who doesn’t need any help while also being the scared little girl who doesn’t know what to do.

I’ve also been feeling increasingly distant from Judaism and the community at large, sometimes even wondering if I had made a mistake. I’ve talked to many people about this, from trusted rabbis to close friends, but nothing they said or suggested ever felt right, though I know they genuinely wanted to help. I even told someone that if I left my job at Temple, I most likely wouldn’t maintain membership because there would no longer be a reason for me to come up to north Dallas.

I didn’t know what to expect from this weekend retreat for the JewV’Nation Fellowship. On a surface level, I was excited because I was selected to be part of a fellowship for Jews of Color under the umbrella of the Union for Reform Judaism because, if nothing else, this is a huge accomplishment that can be put on my resume. But as far as the “of Color” part? I had my doubts, though I’ve been following April Baskin’s work closely for the last several years.

I am a Hispanic-Filipino woman in a predominantly white Jewish community. For better or worse, I stand out. I’ve heard well-meaning but ultimately racist comments, been the target of countless microaggressions, and have even heard racist comments from kids that make me angry because I know who they are learning that behavior from. I took it for granted that I grew up in a diverse environment like Oak Cliff. I never really had to address the color of my skin or what that means because there were so many people who looked like me. When I came into the Jewish community, I was confronted with racism and my skin color in such a startling and incredibly devastating way. All those things my mom said about how my skin color might cost me some opportunities or affect how people treated me? They were all true and that realization shook my idealistic self to the core.

You never know what you need until you encounter it.

I didn’t know just how much I needed to spend time with Jews of Color, people who share my experiences and who look like me.

I didn’t know that in order to heal the cracks in my faith, I needed to be surrounded by these peers while learning how to take my rightful place at the table.

I didn’t know I needed someone to vocally acknowledge that I belong to the Jewish community and my heritage only enriches the fabric of the community.

I didn’t realize just how much I needed to have my experiences validated.

I didn’t realize just how much stress had built up inside me, how afraid I was to say anything because I never felt like I was in a safe place to do so.

I’m a quiet person by nature and I hold my secrets close. It’s a running joke among my friends that I hate being touched by strangers and, more often than not, that also extends to people I know. This weekend I hugged total strangers, confided in them, and cried on their shoulders. These people that I barely met 72 hours ago have become my best friends and my family.

Tani said she watched me bloom over the course of the weekend.

April offered to come at a moment’s notice when I need her.

Bryant said he will be there when I need to vent.

Gina held me as I sobbed at Shabbat.

Shira sat down with me that first day and made me feel welcome.

Courtney taught me that my experiences are valid and I am not to blame for the racism I have encountered.

Chris said he was glad to have met me.

Rivka made me laugh and feel loved.

Yolanda told me to stay strong.

Everlyn encouraged me to keep going.

Julia told me she was proud of me.

Kelly said to call if I need her.

Jaimie told me I was amazing.

Robin reminded me to make myself known and show that I am a blessing.

Erica called me a warrior.

Amanda made me feel validated.

Alexandra and Jordan, I can’t wait to see what we do together.

I’m incredibly blessed to have all of these people in my life now.