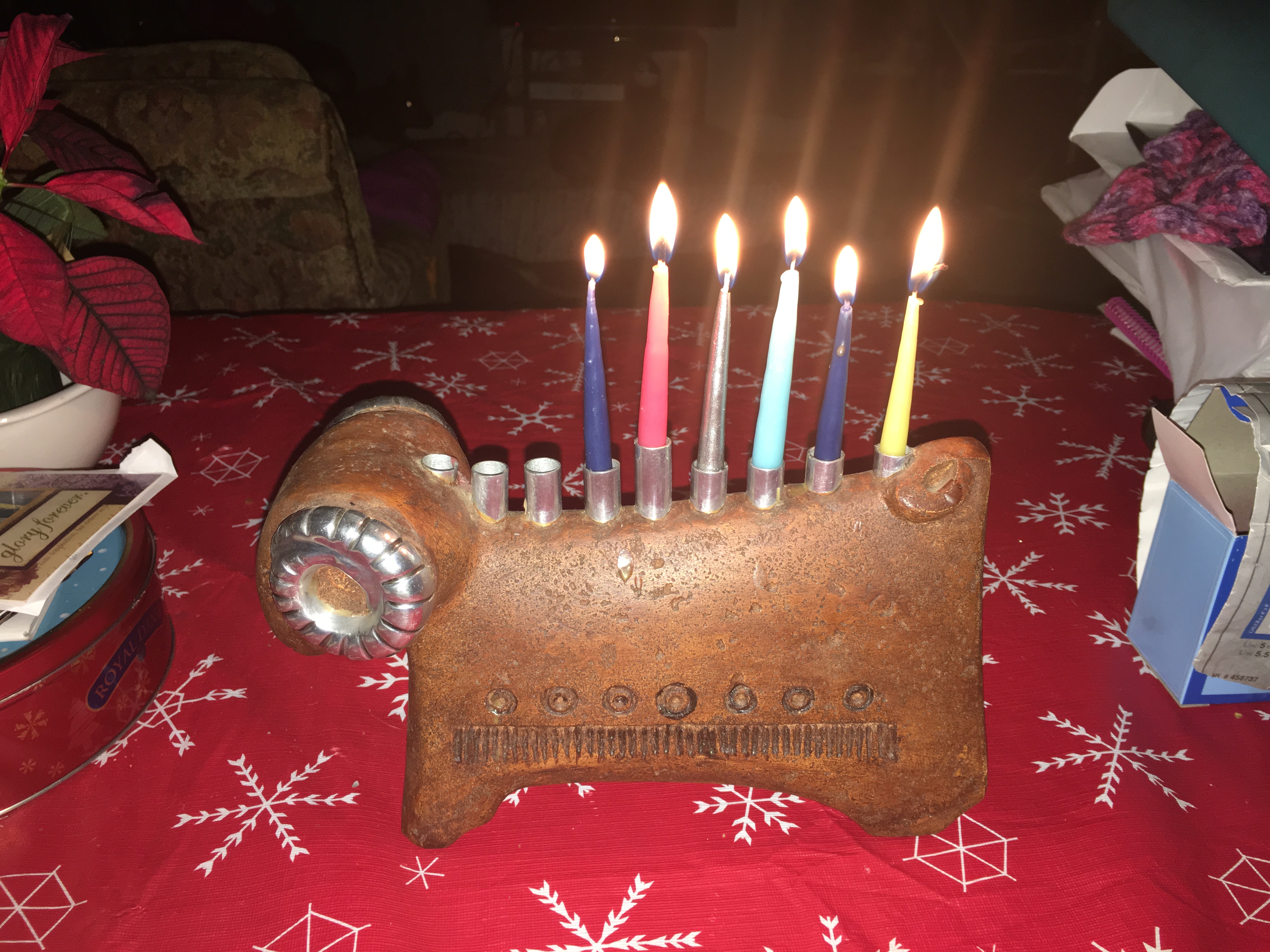 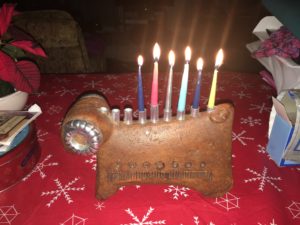 I outlasted my problems. I am mentally ill. I can say that. I am not ashamed of that. I survived that, I’m still surviving it, but bring it on. Better me than you.

Each night of Hanukkah, we light one more candle in the hanukiyah, spreading the light and, hopefully, the joy. Light counters darkness, even if it’s only a small flame. Light represents hope. It’s such a common theme, not only in Judaism, but in everything. Even Star Wars uses this theme; the whole series is built on the premise that the “dark side” represents anything but hope and, even in the darkest of times, there is always a reason to have faith, no matter how despondent you feel.

My mom was the one who introduced me to the original Star Wars trilogy. I remember watching each movie in her bed and being entranced the whole time. I had a huge crush on Han Solo, but it was Princess Leia that I admired and wanted to emulate. Seeing a woman kicking ass and being snarky while also being a heroine was the first time I really understood that women are capable of just about anything and we didn’t have to be the damsel in distress.

Carrie Fisher died yesterday. In recent years, in addition to loving her for being Princess Leia, I had come to admire her honesty and willingness to be open, especially about her bipolar disorder. When The Force Awakens came out, I realized how much I had needed to see Princess Leia being her badass self. I needed a reminder that, even with all my flaws (of which there are many,) I am still capable of anything. My love for Carrie Fisher only increased when she showed up at the movie premiere with her French bulldog. She was unapologetic, honest to a fault, and she didn’t really care what anyone thought. She was a flickering flame of hope for anyone who needed a heroine and her legacy will live on.

Thank you Princess Leia. May your memory always be a blessing.