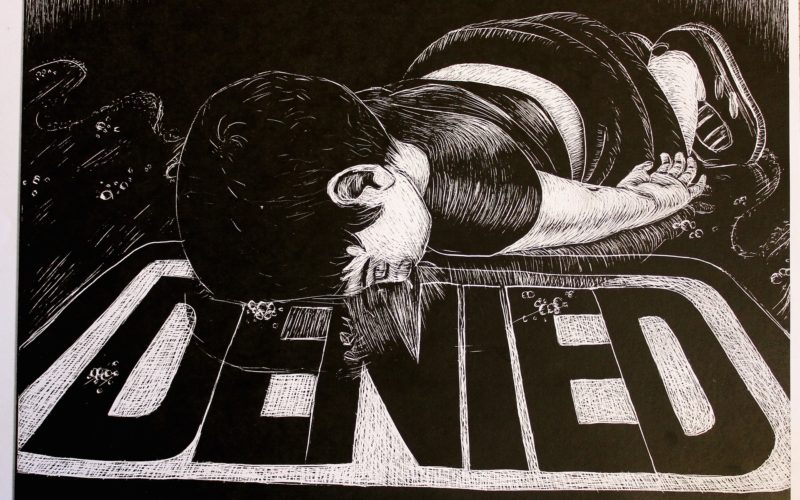 One of the core beliefs of Judaism is about opening the communal tent to strangers. God reminded us that we too were strangers at one time, do not forget those who are now are in your place. I love reading the verses from Leviticus because as a Jew-by-choice and a minority, I am grateful for this loving concept Judaism promotes.

The past few days have seen executive orders being cranked out by the White House, many of them utterly frightening. The most infuriating for me was the order to build a wall on the U.S.-Mexican border. The most heartbreaking and terrifying was yesterday’s order freezing immigration from seven countries. I just can’t believe this is my country, the same country that let my grandparents come in to make a better life, the same country that has proudly been described as a melting pot, this same country is now closing its borders.

Trump signed this executive order on International Holocaust Remembrance Day, which is sickening. American pretended that the carnage going on in Europe wasn’t really happening until Pearl Harbor and now it seems that we are making the same mistake again.

I haven’t completely lost hope. The fact that there are huge protests going on at JFK and DFW airports shows that Trump does not speak for all Americans. We have to keep fighting, we cannot let this kind of behavior be normalized. To be silent is to consent and I will not be silent.

Please join me in supporting organizations that are fighting on behalf of refugees, like the ones below.