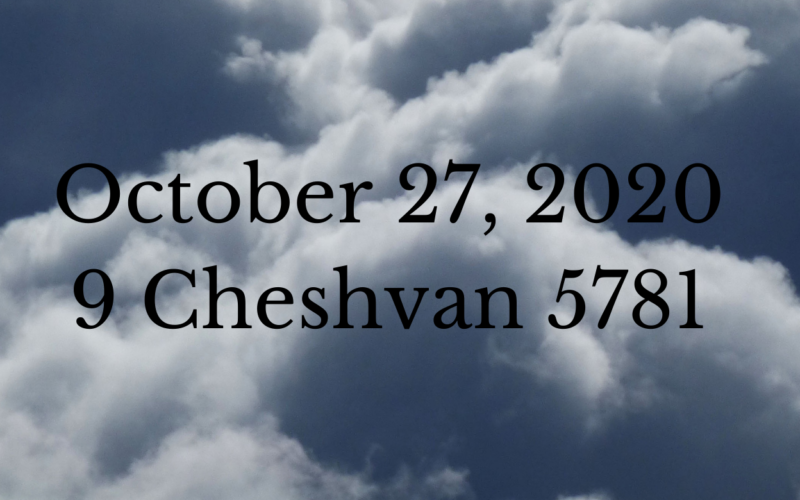 The last two weeks have been incredibly difficult for me. Back in March, I mentioned to a few people that I knew I would have to be vigilant about my mental health and keeping ties with my friends and coworkers. What I didn’t say then was that even if I managed to cope well with working from home and the sudden upheaval of my routines, there would eventually come a time when I would break down completely. And guess what? It happened last week.

The past seven months have seen a huge tide of change sweep the world, the country, my life. I was just beginning to become comfortable with where I was at that point, who I was, what I stand for, etc. I had routines set and coping mechanisms that had seen me through the past ten years. It’s not that everything was perfect and happy all the time, it’s just that it felt like my life had finally settled down and I was making real progress in my goals, both work and personal. And then the pandemic hit.

Everything was fine at first. I felt like I was doing really good and I tried to make the best out of the situation.

I spent Passover alone at home.

My childhood abuser showed up at my door very unexpectedly the day before my birthday.

George Floyd was murdered by a police officer. Protests began and I unfriended many people who showed their true colors.

There were huge changes at work.

My summer travel plans were cancelled.

The High Holidays were incredibly lonely and I missed the noise of Temple’s full hallways.

My mom had to go to a specialist and is in the midst of a slew of tests to figure out what’s wrong and how to treat it.

Still, I thought my compartmentalizing was working and I kept telling myself that everything would work out, that I would be okay and tough it out like I always do.

But then two huge things happened last week that I don’t want to talk about because they are deeply personal. The only reason I bring them up is that they happened within 72 hours of each other and as a result, my compartmentalization of everything that has been going on, the only way I think I’ve been able to cope, completely failed. I don’t think I’ve cried so much since high school and when I say cry, it was that kind of crying that completely engulfs your body, where you’re shaking, the kind that causes you to scream into a pillow, your hands, a blanket, anything to muffle the sounds.

During my sophomore year of high school, I had a complete breakdown that resulted in three hospitalizations in as many months. I felt so completely broken last week that I found myself yearning to be in the hospital. In-patient psychiatric treatment emphasizes routine and it exists in its own bubble, where the only thing the doctors and nurses want you to do is concentrate on therapy and getting better. That’s what I really want right now, I want routine back, something that I can control.

I’m doing better now. I cycled through my usual apocalyptic what-if scenarios before realizing that it wasn’t just last week’s events that caused my breakdown, it was seven months’ worth of denial and pretending that everything was fine that was finally hitting me. So, I cried everything out, talked to my mom and therapist, and while I’m still pretty melancholy, I’m going to be okay. That’s the difference between the 2010 Anjelica and the 2020 Anjelica; I have a good support system and I’m able to redirect my sometimes-traitorous brain into finding the light again.

I’m not really sure why I’m sharing this. I suppose it’s because I know this year has been so rough for everyone and maybe this will help someone somehow. Or maybe it’s because one of the few constants in my life has been writing. I know this won’t be the last time I break down, not by a long shot, but it is comforting to know that I am capable of pulling myself out of that darkness long enough to see that there’s still light ahead.