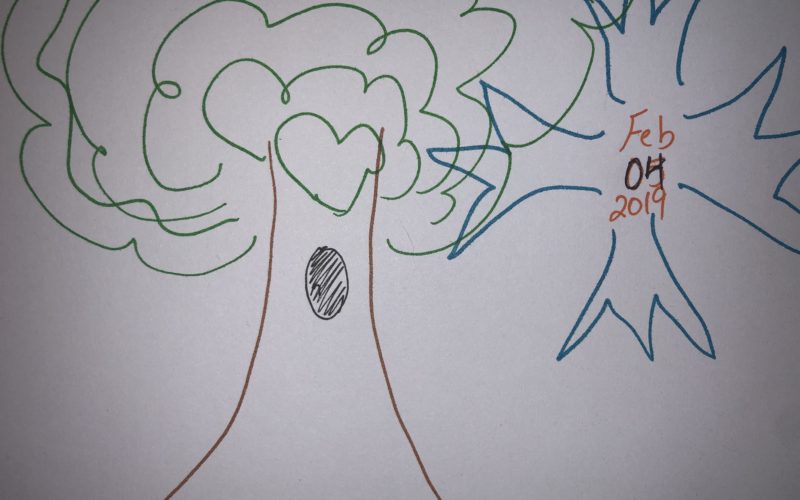 In Mussar, one of the middot is humility. The affirmation associated with this middah is “No more than my place, no less than my space.”

Humility is a tricky thing. There is, of course, the problem of having too little humility. That manifests in different ways in different people, but I always think about it in terms of those who are constantly full of themselves and think they’re God’s gift to humanity.

What I had never thought about before was the problem of having too much humility. That’s where ‘no less than my space’ comes in. Looking back, I was very much a people-pleaser and I was far too invested in people’s opinions of me. I am still this way to some extent, but I have learned how to strengthen my voice while elbowing my way to the table.

I guess part of the reason why I’m writing about this is that my profile has been elevated the last couple of weeks due to the d’var Torah I gave on January 25th. After the URJ posted the link, it sort of took off and it’s been shared widely. People were coming up to me at services and I’m still getting a few emails. The latest development is that the executive director of the URJ’s Religious Action Center, Rabbi Jonah Pesner, shared it on his Facebook page, plus the URJ’s president, Rabbi Rick Jacobs, sent me a very kind email.

It’s all been bizarre for me, I suppose because I’m not used to so many people knowing who I am and I’m definitely not used to the attention. I texted a friend about a coworker that cried while watching my d’var and thanked me for speaking up for them. Her response? “Wake up cupcake, people give a shit about what you gots to say ❤️.”

The point of this entry is that I am very much taking up my space and have basically shoved my way to the table. It’s pretty awesome.